Italy is a very open economy and a welcoming place for investors has taken significant steps towards gaining investors' trust and confidence.

After a series of reforms implemented since 2011, Italy has now been ranked 8th globally and 4th in the EU in the “2019 FDI Confidex Index”. Gaining 2 ranks in a year (5 in 2 years), it is now ahead of the Netherlands and Sweden. 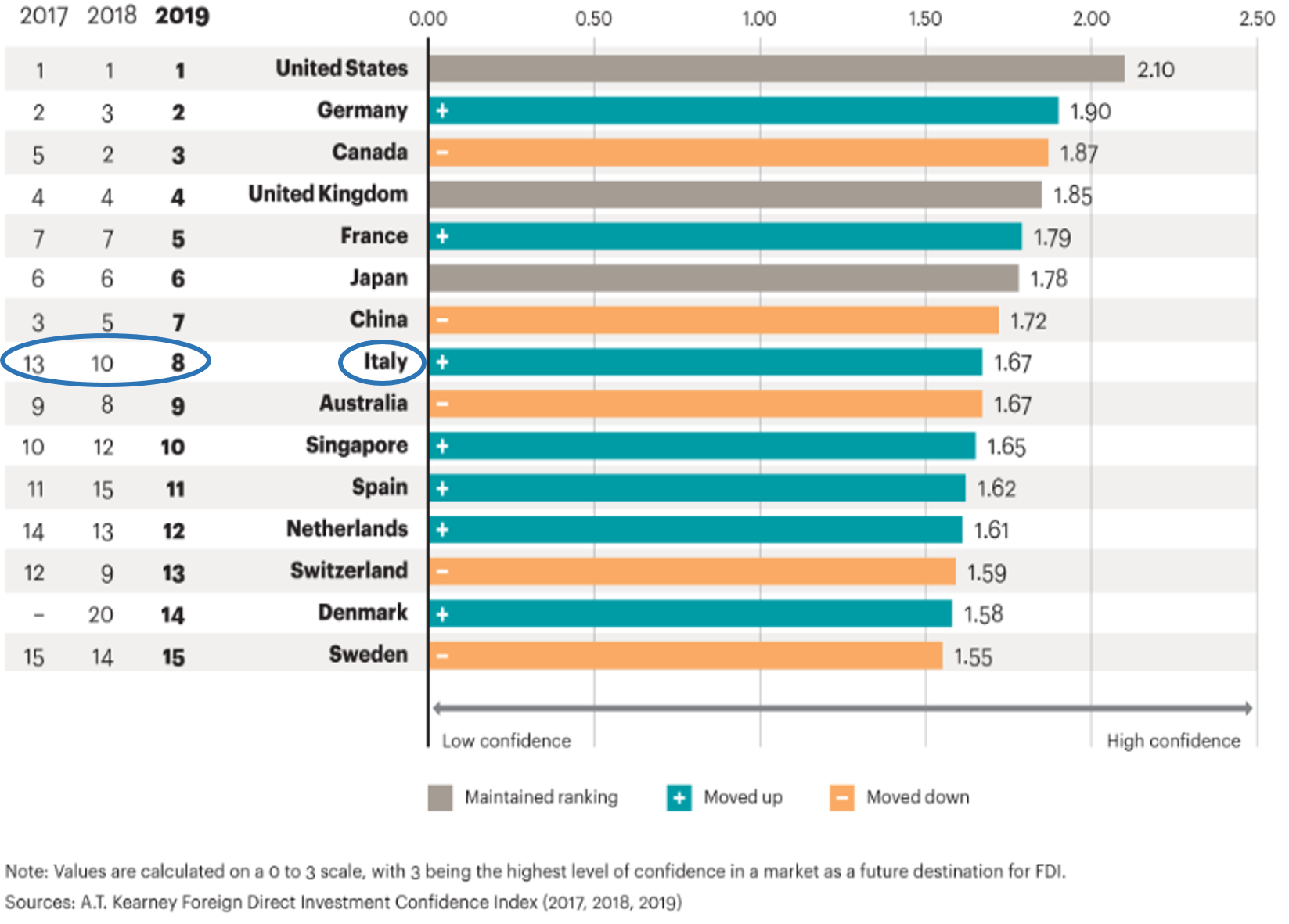 Businesses in Italy have duty free access to more than 30 national markets within the European Economic Area and over 500 mn high earning consumers.

The country takes full advantage from its natural location at the crossroad of the Mediterranean and Europe thanks to a strong and constantly improving transportation infrastructure system (highways, highspeed rail, ports and airports) developed on its two key axes: North-South and West-East, allowing the fast and easy access across markets.

Worldwide direct investments in the last few years have grown more than GDP and exports, becoming one of the main drivers of globalization. In 2017 the USA was confirmed as the first investing country, for a total of $ 342 bn investments, followed by Japan ($ 160 bn) and China ($ 125 bn).