THE HUNDERD YEAR OLD STORY OF OUR COMPANY
Our company was established at Asigliano Vercellese in
1911.
It was set up by Mario Maratelli and he ran it until the
beginning of the 1950s when his sons Giovanni and
Francesco took over.
In the early years of the company, to be precise in 1914,
Mario Maratelli discovered and selected the rice which
now bears his name.
Born of a natural hybrid, its characteristic and typology tie
it inseparably to the Vercellese area.
During an extraordinary span of dozens of years, the
Maratelli variety became one of the most appreciated
rice by italian families. The great adventure of this rice started from the moment
of its discovery and took it to being one of the historical
varieties of Italian rice.
Thanks to his intuition he received honours and prizes
which even today endow our company with respect and
trust.
Today, the desire to keep the family tradition alive,
prompted Vittorina, Mario Maratelli’s granddaughter, to
run the company following the values and teachings
handed down by her grandfather.
Although a lot of time has gone by since that discovery,
even today the agricultural company “Heirs of Mario
Maratelli”of Vittorina Maratelli works and trades under the
trade name “Maratelli rice 1914” exclusively this old
Italian variety, overseeing the supply chain from the
cultivation in the rice fields to the packaging thus
guaranteeing the originality, the quality an the
traceability.
Since 2015, thanks to a Ministerial decree, we have once
again become the conservationist of the purity of the
seeds of our rice, the rice which bears our name.
Currently we are producing and maintaining the purity of
the seeds guaranteeing the identity and uniformity of the
variety according to the canons dictated by cultivational
practices.

PRODUCTION OF OTHER FOOD PRODUCTS

THE OLD FASHIONED TASTE OF RICE 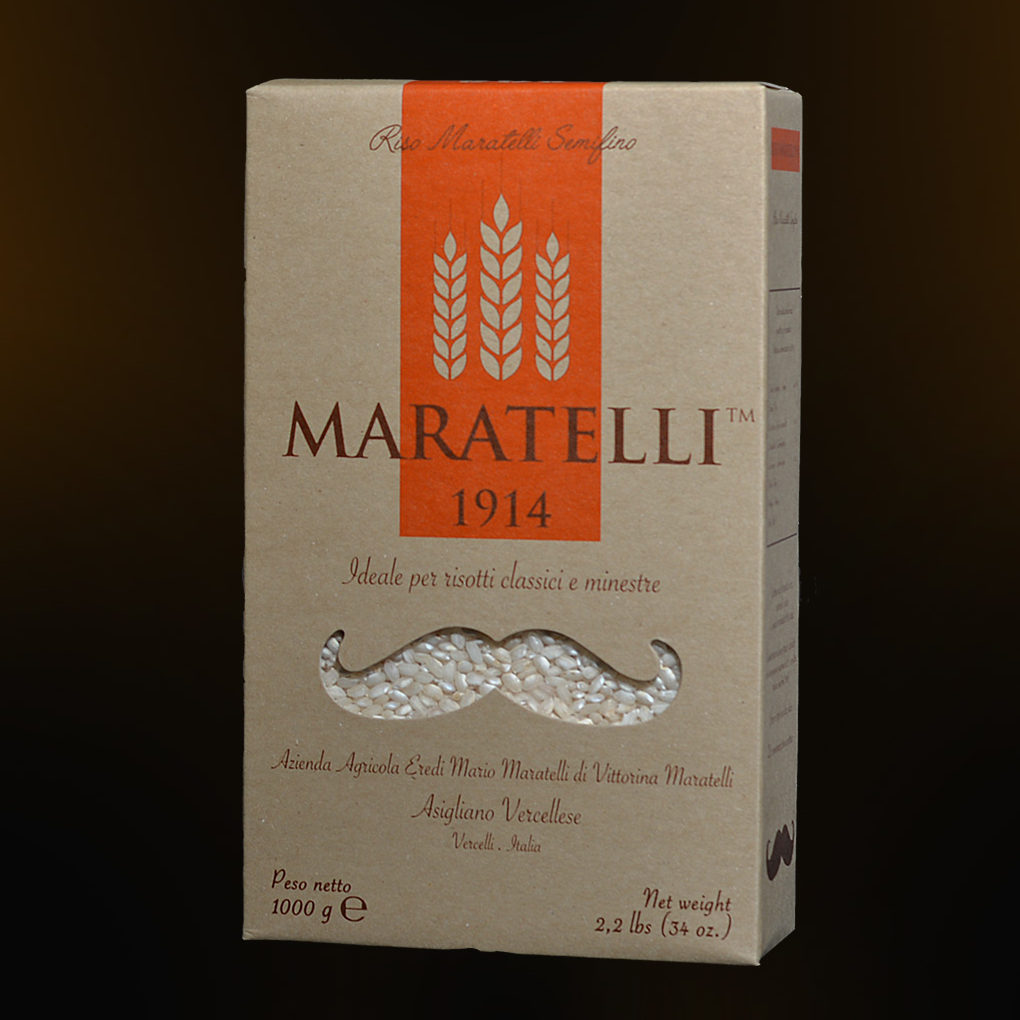 THE OLD FASHIONED TASTE OF RICE
Maratelli rice is a unique italian rice, suitable for all types of
risottos, soups and rice sweets and desserts.
From its discovery, in the summer of 1914, it is sinonymous with
high quality and continues to be a product of Italian culinary
excellence, thanks to a deliberately limited production.
Maratelli rice is characterised by a high cooking hold joined to
an excellent ability to absorb flavours.
It is ideal for the preparation of traditional recipes. It is also
excellent with fish, exquisite in rice salads and soups. It is excellent
in rice broth and also crochettes and rice sweet stuffs.
To enjoy our product at its best, we recommend a cooking time
between 14 minutes for professional use and 16 minutes for
domestic use.