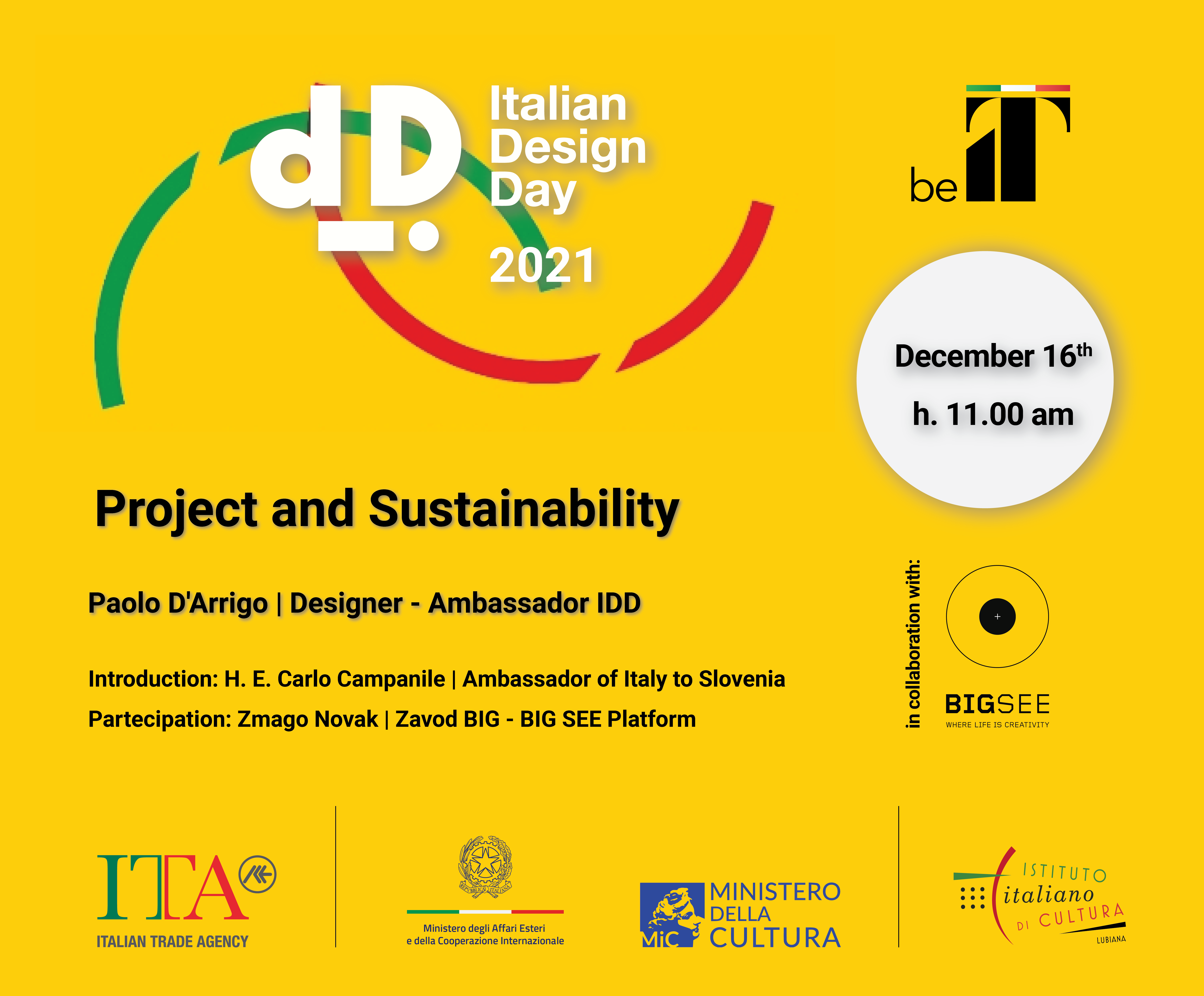 "We live in a very complex historical moment, which is also however a unique opportunity to update and redefine the" design system ": on one side, the classic designer/company relationship which has contributed so much to Made in Italy’s success must be safeguarded. On the other hand, it has to be defined a new paradigm based on an economic, production and cultural transformation, a new avant-garde inspired by an extended concept of sustainability and new forms of sociality ". This is what Paolo D ’Arrigo declared during his online masterclass for the Italian Design Day 2021 in Slovenia.

The initiative, at its 5th edition and promoted by the Ministry of Foreign Affairs and International Cooperation, examined this year the theme "Project and matter: new challenges for the sustainable restart of Made in Italy". Under the auspices of the Embassy of Italy, the event was organized by the Italian Cultural Institute and the Italian Trade Agency in Ljubljana, in collaboration with the Zavod Big publishing house. Introduced by the Italian Ambassador Carlo Campanile, the Designer Paolo d'Arrigo examined the theme "Project and Sustainability".

Founder in 1995 of the "Paolo D'Arrigo Design Studio" in Rome, the Designer claimed he experiences design as an alchemy of nature and hi-tech, and that he practices form not as an aesthetic invention, but as the result of a process that measures itself against the constraints of matter, pushing them further on. He believes in design as a community and a shared tool for growth and is therefore active in the world of associations, which represents the culture of design. D'Arrigo has been a member of ADI since 2008, of which he chaired the Lazio delegation from 2015 to 2017, and of the association In Forma Action, which he led from 2001 to 2004. He currently holds a design course at the University of Rome and with his own projects he has received several awards: 4 ADI awards, 3 Design Excellence Lazio, European Product Design Award, German Design Award and IDA Design Award.

At the end of the masterclass Zmago Novak, Director of Zavod Big and of the international platform BIG-SEE, animated an interesting debate.